PODCAST: On the Record…Online with Media Relations Expert Peter Himler 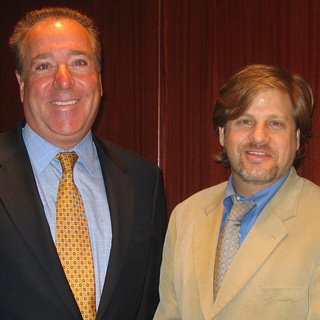 Peter Himler goes On the Record…Online with host Eric Schwartzman to discuss the reputation of the PR industry, the reasons why PR practitioners blog, and whether there is a conflict of interest for PR practitioners to blog.

Peter Himler is principal of Flatiron Communications LLC, a PR/media consulting firm in New York. He most recently was Chief Media Officer for Edelman Worldwide following 11 years with Burson-Marsteller as head of B-M’s U.S. corporate and strategic media team, and its worldwide spokesperson. Prior to B-M, Peter was media director for six years at WPP sister agency Cohn & Wolfe, preceeded by five years at Hill and Knowlton where he led its broadcast and consumer media group. Peter is president of the Publicity Club of New York. He also sits on the Communications Committee for United Way of NYC, and on the Board of Advisors for the Communications and Media Studies Program at Tufts University. Last year, PR News named Peter its PR Professional/Media Relations Executive of the Year, and PR Week awarded the eight-year PR program he led for the World War II Memorial its Public Sector Campaign of the Year.