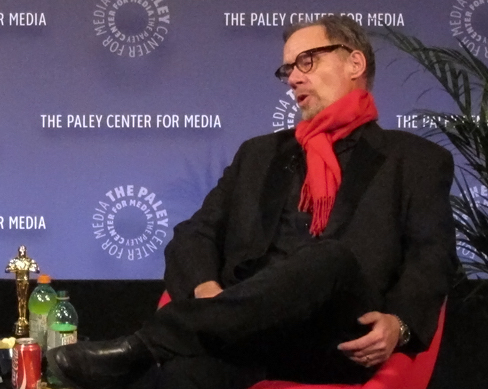 David Carr has been writing about media as it intersects with business, culture and government for 25 years.

His column, “The Media Equation” appeared in the Monday Business section of the New York Times, highlighting the latest news as it relates to print, digital, film, radio and television.

Mr. Carr is also noted for his seasonal video blog, “The Carpetbagger” which runs November through March, giving readers a “behind-the-scenes” look at the road to the Academy Awards.

04:58 – Carr describes how his job has changed since the introduction of the Internet.

06:58 – Carr explains a recent quote from his column, “When it comes to meta-analysis on breaking issues, the web seems better suited to Paris Hilton than patient safety.”

11:28 – Carr shares his opinion on the role bloggers play in the food chain of media and the blogs he sees as influential.

11:59 – Carr reveals the one metric in which blogs have the most impact. Hear which blogs he says can move a story forward and get people talking.

15:40 – The business of newspapers and how the audience has changed and continues to change.

17:19 – How newspapers battle to keep their share holders happy, the departments staffed and the community well-served.