A Brief History of Podcasting 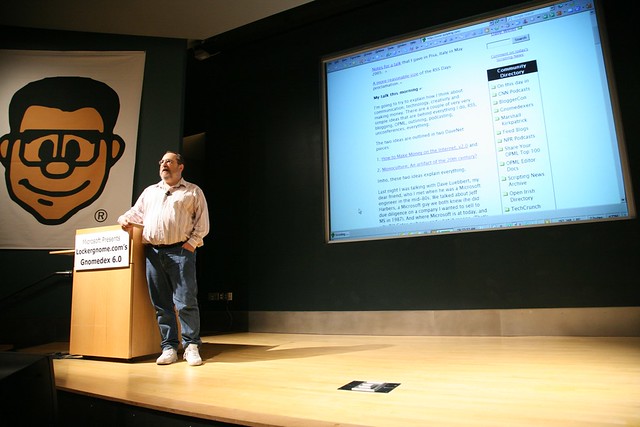 The history of podcasting goes back way before Spotify launched a podcasting network and Apple got interested in producing original content.

Before popular podcasts even existed, a software developer named Dave Winer figured out a way to send an attachment file through an RSS feed, Adam Curry launched the Daily Source Code, audio content started popping up in blog posts and downloadable audio was born.

There were nascent podcast directories and trade shows, but Steve Jobs was focused on developing the iPhone and no one was sure whether or not it ever become anything more than a hobby.

But it’s easier to watch, then it is to listen. So next, television became the dominant media.

It’s a knife that cuts both ways and the history of podcasting is rife with such examples.

Audiovisual communications increase retention and cognition among adult viewers, and ADD among children under the age of 2.

Prior to Winer’s release of RSS 2.0, the XML feed format that gave life to podcasting, electronic media distribution was restricted to major media gatekeepers with access to satellite time.

To put the impact of this technology in context, consider the product of media as your attention.

The more attention the media collects, the more inventory it has to sell to advertisers, who’s objective is reaching the largest audience.

In fact, as the media landscape fragmented and attention became scarce, electronic media increased revenues not by reaching the widest audience, but by reaching a demographically targeted audience.

Outlets like The Golf Channel, the Food Network and Fox News cater to niche audiences.

But since the economics of broadcast media necessitate reaching the largest possible audience, electronic media — radio and television – were restricted almost exclusively to advertiser supported media.

Now, for the first time, practical, easy-to-use technologies, applications and services make it possible for anyone to leverage the power of the audio and video without a broadcast network infrastructure, and without buying a minute of satellite time.

A print publisher like the San Francisco Chronicle can extend their reach through iTunes and Yahoo! podcasts, citizen journalists can weigh in on the news of the day and educators can transcend time and space by making their lectures available in cyberspace.

With the introduction of audio and video podcasting, the distribution of electronic media becomes a cost-effective and efficient channel for individuals and organizations to engage and communicate with qualified audiences.

Because RSS is a subscription format, the connection between the publisher and the audience is persistent.

One early podcast Rocketboom, a popular video podcast that spoofed the news, was able to sell ad time for $40,000 for a one-week buy and according to a report by PQ Media

At the time, spending on Podcast advertising was projected to grow from $3.1 million to $327 million. We’ve already surpassed that number.

The pro-podcast viewpoint is backed up by an American Association of Advertising Agencies poll conducted late last year that found that marketing executives anticipate spending more on podcast than blog advertising in the future.

In early days Feedburner (a service from Google that is unsupported today) went from distributing podcast feeds for 6,000 podcasts to 47,000 podcasts in just 18 months.

All this was long before Edison Research started publishing annual reports about the size of the podcast universe.

“Today, 51% of Americans 12+ have ever listened to a podcast, with 32% having listened in the past month, and 22% in the past week,” according to Edison’s most recent podcast media report.

Libsyn, another early podcast hosting service that remains the value leader today, said 45 million people listened to and watched podcasts off the Libsyn network in the first quarter of 2006, a 200% increase from the same period in the previous year.

We promised we’d open up our podcasting playbooks here today and give you some real insight into how we’re all using podcasts to reach niche audience, so I’ll give you a brief over view of how I got into this area.

At iPressroom, a company I founded, we introduced integrated podcast hosting and RSS feed generation into the service in January 2005.

But we needed a podcast program of some sort to demonstrate that functionality.

So I decided I’d take responsibility for creating a podcast with the objective of:

So rather than develop creative and buy ads, I decided to try our hand producing and distributing my own editorial content.

We’d incorporate our brand into the podcast through a 30-second sponsorship announcement placed at the intro of each new episode, but beyond that, the editorial content would be driven by the issues facing our industry, not our products or services.

To attract the right demographic, we decided we’d interview big name journalists from the mainstream media about their predictions for where we’re headed.

After all, journalists talk to experts daily, so they’re in the know.

But since people trust authority figures less than ever today, I’d also throw in interviews with influential bloggers and podcasters, to put regular people like you and me on the same playing field, to give listeners access to their peers who are embracing social media and putting it to work successfully for themselves, since the research says people trust their peers most of all.

The idea was a talk show that would engage a number of people in a compelling dialogue about the impact of new media on old media, and through audio blogging, subtly introduce them to iPressroom, which can be used to solve many of the challenges discussed in the podcast.

On the Record Podcast

To date, I have been fortunate enough to interview with Walt Mossberg, Heather Green, David Pogue, Ken Auletta, and many more, but oddly enough, it’s often those podcasts featuring other bloggers and podcasters that are the most downloaded.

In fact, my episode featuring an interview with PodShow CEO Ron Bloom is among the most downloaded episodes. 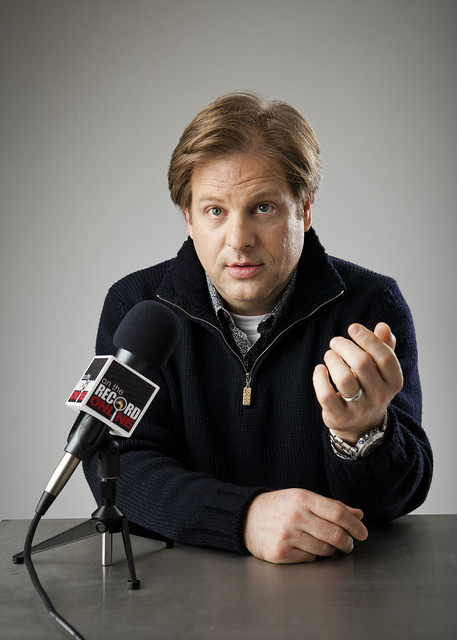 My podcast, titled On the Record…Online is without a doubt the single most effective and efficient advertising, marketing and PR program iPressroom has in place, and as a result we are currently engaged with brands and agencies to help them develop original podcast marketing initiatives.

And this is actually nothing new in the practice of corporate communications, because the worthy goal is always the creation and distribution of accurate information.

iPressroom went on to produce podcasts for a variety of brands including LA Opera, Hollywood Reporter, Billboard and many others.

In fact, one common tactic for generating broadcast news coverage is to go out and produce a news segment, package it up, and send it directly to broadcasters nationwide.

It’s called a video news release, or VNR for short, and they recently caused a ruckus because stations use them in their news casts without disclosing their source.

Two years ago dozens of TV stations aired an unedited VNR about Medicare commissioned by the Department of Health and Human Services, with a publicist posing as a reporter, which sparked an outcry at the time, and prompted the Senate to take up legislation that would require government-produced news segments to carry disclaimers.

But the watchdog’s attempt were unsuccessful. According to a story that ran yesterday in the Wall Street Journal, “TV Stations Still Can’t Resist Pre-Packaged Video News.”

Along comes the podcast, and now advertisers, marketers and PR professionals have a chance to straddle the fence that has long divided editorial from advertising content.

Why produce and distribute a VNR to broadcasters when you can RSS enable it and send it directly to the public?

In this case, you wear your bias on your sleeve, and are judged strictly by the value of your content.

And believe me, if people don’t like what they see, you’ll know about it very quickly.

But what’s interesting is the podcast effectively disintermediates the mainstream media by allowing you to connect directly with audiences with no third party editorial oversight.

In my podcast, I am the producer, the host and the advertiser, and as long as I don’t take advantage of my listeners attention by soap boxing my own products and services, they’ll tolerate to a 30-second preroll spot.

Now, reports are surfacing that Apple is starting to get into podcasting, as Spotify snaps up independant podcast production companies started by former NPR producers.

It’s still developing, but that a brief history of podcasting and where we are with the media format today.